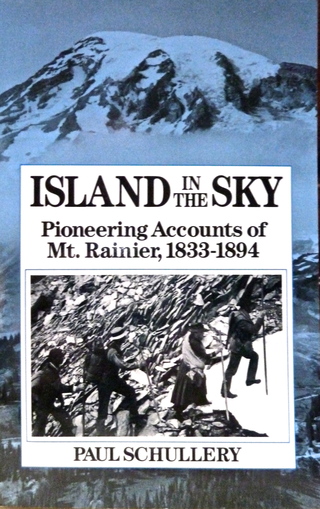 Paul Schullery's collection of fourteen first-person accounts by adventurous travelers who explored or climbed Mount Rainier between 1833 and 1894 recreates the almost mystical attraction that this tremendous volcano has long held for mountaineers, naturalists, and writers. From the pages of historic diaries, books, and forgotten periodicals, Schullery has chosen the tales of those who names are now entwined with the history of Mount Rainier National Park; William Fraser Tolmie, Theodore Winthrop, August Kautz, Hazard Stevens, George Bayley, J. Warner Fobes, Allison Brown, John Muir, Fay Fuller, George Dickson, Philemon Van Trump, and and Olin Wheeler. Not all of them reached the summit; not all tried it with the purest of motives. But they all brought back entertaining and often exciting tales of their experiences. Expert climbers and armchair adventurers alike will enjoy the pioneering stories of high country adventure. Originally published in 1987 and now out of print, the book continues to be a valuable documentary historical reference of a key period and place in American mountaineering.

"The literary style of the 1800s enhances the enjoyment of this thoughtful selection of early-day accounts of explorations and ascents of Rainier. The volume is a reminder of how much we take for granted the relative comforts of modern mountaineering."—Dee Molenaar, author of The Challenge of Rainier

"The pioneer climbing accounts in Island in the Sky offer an interesting insight into a bygone period in the long history of Mount Rainier. I have no doubt that this same attraction is still being experienced as well by the 'modern' visitor. Such is the lure of the Pacific Northwest's most famous landmark."—Neal G. Guse, former superintendent of Mount Rainier National Park

"In bringing together the most interesting and significant first-person accounts of the early ascents of Rainier, Paul Schullery has made accessible the rich lore of pioneer climbing adventures on this grand mountain."—Jim Wickwire